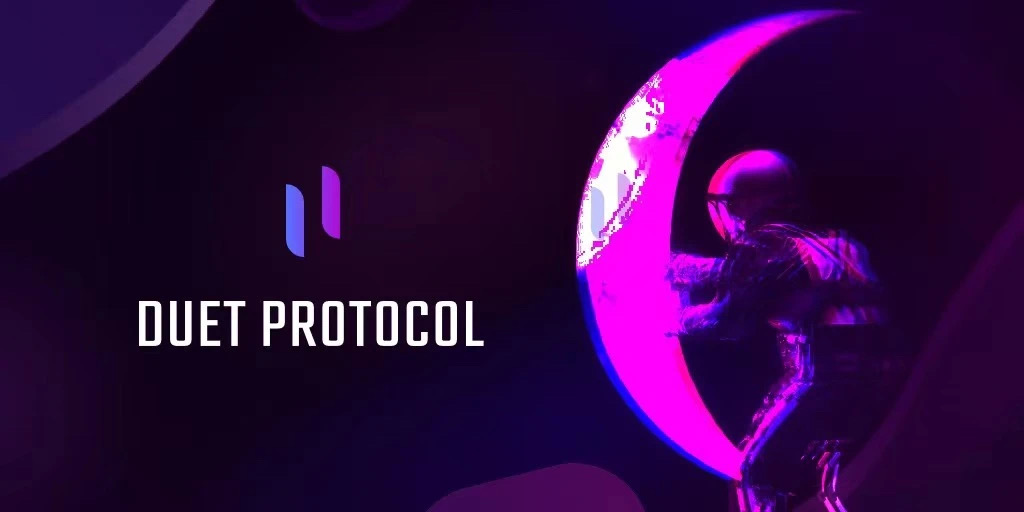 Duet is a synthetic asset protocol based on a hybrid mechanism: over-collateralization and algo-stabilization model that enables on/off-ramp between traditional real assets(Flat Assets) and high-growth crypto assets(Sharp Assets).

* Openness and user-friendly：Comparing to Binance or FTX CM equity methods, on-chain synthetic assets minting is easier and friendly for investors, having no entry barriers, procedures cost, or single spot risk.

* Compatibility: Duet provides transferable dAssets which could be leveraged in other DeFi protocols, compared with perpetual-ish protocol which only supports long or short positions.

Duet is supporting Muse Museum, a research institution mainly researching the mapping relationship between the real world and the virtual world. And also DAOrayaki, with a special focus on DAO projects and DAO governance.

The ecosystem of Duet Protocol began to take shape after several months of progress. Zerogoki, the pilot protocol of Duet, has been live for nearly two months. Users can use the platform token REI to mint zAssets(synthetic assets) or use the algorithm-pegged stablecoin zUSD to buy zAsset directly. The highest liquidity has reached over five million dollars, with a total value of synthetic assets of over 3.8 million dollars, trading volume and liquidity of zUSD reaching 2.3 million dollars which have ranked top 4 among the algorithmic-stablecoins on Uniswap. Zerogoki has already achieved product deployment on Ethereum. Its platform token REI has cross-chained on BSC, Polygon, ZKS, etc. REI is now listed on Bitwell and is going to be listed on MEXC.

Duet has also established jointly with LD Capital a research institution called Muse Museum which studies the potential impact DeFi will bring to the mechanism in traditional financial markets such as pricing, clearing, and hosting. At the same time, Muse Museum works with Aletheia to publish the first report on Duet mechanism validation and will continue to produce more. The chief scientist Professor Yuyi Wang, who is a post-Doctorate from the Federal Institute of Technology Zurich, has launched research and analysis on the DeFi protocol from the perspective of game theory and cryptology and keeps improving the mechanism design.

Centering on its business scenarios, Duet has entered into heating market sectors such as loan agreement and NFT to build up its ecology.

Duet's team consists of veterans from OmniLayer, Binance, and well-known DAO communities, including 4 Ph.D.. The core members are experts and KOLs in areas including lightning network, security token offering, mining, macroeconomics, and finance.

Professor Yuyi Wang is Duet’s chief scientist. Dr.Wang is an expert in game theory, distributed computing, and quantum algorithm, he is Ph.D. of Computer Science and was affiliated with ETH Zurich, Switzerland, as a research fellow. One of the first members (as a consultant) of Huawei Algorithm Lab. Founder of CRRC Algorithm Lab. Consultant of Binance Research. Papers on top journals and conferences, in particular published earliest papers related to Layer 2 solutions. Pro.Wang is leading the Ph.D. team members to start laying the groundwork for robust optimization and Layer 2 scalability on the Duet ecosystem.

Previously, Duet had raised US$3 million from world-renowned investors including OmniLAB, DraperDragon，Everest Ventures Group, One Block Capital, Moonwhale Ventures, LD Capital, Zonff Partners, Cabin VC, etc. Among them, investors from exchanges include MEXC, Bitmart, Foresight Ventures（Bitget），BlockVision（Bitwell）as well as individual investors such as partners of A&T Capital, the cofounder of a NASDAQ listed company, the founder of Mask Network Suji Yan and the founder of Digital Renaissance Foundation Cao Yin.

Now, Duet has raised an additional US$2 million from the investors to take the raise to a total of US$5 million. In the latest round of funding, we have received investments from the leading trading firm and financial service provider GSR and the venture capital DHVC as well as other investors including LucidBlue Ventures, 3commas, Kernel Ventures, Consensus Lab, Angel One, NPC DAO, etc.

Load All ↓
Solana Ignition Hackathon Round-2

Voting for this project: